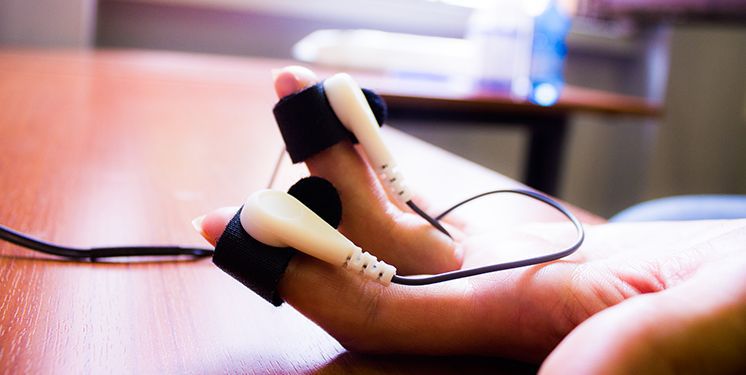 The Galvanic Skin Response (GSR), also named Electrodermal Activity (EDA) and Skin Conductance (SC), is the measure of the continuous variations in the electrical characteristics of the skin, i.e. for instance the conductance, caused by the variation of the human body sweating.

The traditional theory of the GSR analysis is based on the assumption that skin resistance varies with the state of sweat glands in the skin. Human body sweating is regulated by the Autonomic Nervous System (ANS). In particular, if the sympathetic branch (SNS) of the autonomic nervous system is highly aroused, then sweat gland activity also increases, which in turn increases skin conductance, and viceversa. In this way, skin conductance can be a measure of the human Sympathetic Nervous System responses. Such system is directly involved in the emotional behavioural regualation in the humans.

Additional studies highlighted the relationship between GSR signal and some mental states, such as stress, drowsiness and engagement.

The GSR signal is very easy to record: in general just two electrodes put at the second and third finger of one hand are necessary. The variation of a low-voltage applied current between the two electrodes is used as measure of the EDA. Recently, new commercial healthcare devices more and more wearable and fancy (bracelets, watchs) have been developed, thus such measure is usable in each research activity in the neuroscience domain also in no-laboratory settings.